After a year waiting for J.R. Ward’s next book, The Shadows, has been released!

I gotta admit that I have mixed feelings about this book. Both negative and positive feelings. However, despite those feelings I have that will torment me for a couple of days, The Shadows was another great installment of The Black Dagger Brotherhood series.

Trez and Selena….this couple piqued my interest since their first encounter in Lover at Last Then in The King, I started to root for their HEA especially when we got to know more of their backgrounds and circumstances. So when I heard The Shadows was their book I became excited because they were finally going to get their HEA like the Brothers and their shellans (mates).

Boy was I heartbroken. Like I said earlier I had mixed feelings about this book. On one side, I wanted explanations from J.R. Ward and was also screaming off my frustration but on the other side I can see why it had to happen and it’s sort of a bittersweet ending.

We can’t forget Trez’s brother iAm who was in this book a lot considering its called The Shadows but I felt it was Trez and Selena’s story instead. I hope we get to see  iAm and his female in their own book because I felt we didn’t get enough of them so I hope J.R. Ward will return to their story one day.

On the side note, we got to see many of our favorite characters of The Black Dagger Brotherhood series. An example would be Rhage and Mary who may have gotten their HEA but still face some troubles. We also get to see the setup of J.R. Ward‘s Blood Kiss, the first book of her Black Dagger Legacy series.

So yes, I don’t regret reading The Shadows because overall, I thought Trez and Selena’s story was one of the most beautiful stories in The Black Dagger Brotherhood series despite it’s outcome. 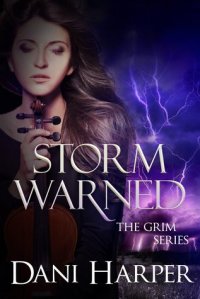 Looking for a good series to read?

Look no further and head out to read The Grim Series by Dani Harper, whose latest novel, Storm Warned, will be released in three days!

Best part is you don’t have to read the first 2 installments for the series to understand it since each one is a standalone. I do recommend reading the books because I enjoyed reading them despite them each being a standalone.

However, I gotta say that Storm Warned became my favorite novel of The Grim Series after reading it.

This time we get a female Grim named Caris who was turned by the Fae prince but manages to escape back to the human world after two centuries. There she meets Liam who due to some heartbreak and betrayal has become nothing more than a broken man.

I’m sure you can all see where this is going but trust me, its such a beautiful story. If there’s one type of story I never get tired of it’s love stories that has a character heal another character who’s broken. Which is exactly what Dani Harper delivers with Caris and Liam in Storm Warned.

*I received A Storm Warned from NetGalley in return for an honest review.*

As you all know our favorite authors Ilona Andrews, has wrote a new series known as the Hidden Legacy series and if your a fan of their Kate Daniels series then you’ll love this series as well.

There’s only one book, Burn For Me, in the Hidden Legacy series released so far but dear not! We’ve got the the title, White Hot and a small blurb for book 2!

Nevada Baylor and Connor Rogan are back in the fight against corruption and the dark forces of Houston’s elite. Once again, they’ve been drawn together to fight a common enemy, but something is growing between them, too. Something that’s becoming more difficult to ignore with every heated touch and meaningful glance. But with new foes rising from all sides and danger ever present, they’ll have to work that much harder to protect one another – and any future they might have together.

After reading Burn For Me and now this blurb, I can’t wait for October!

As soon as the cover gets released I’ll post it up! 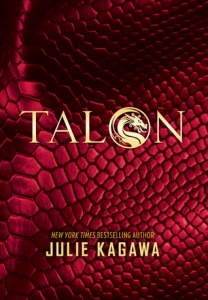 As a fan of the Eden series I just had to read Julie Kagawa‘s first book of her new Talon series. Especially since it’s about dragons and it’s been a long time since I’ve read good series about dragons.

Ember and Dante are dragons, who come from the same nest, which is highly unusual in dragon society. Ember is rebellious while Dante is determined to follow the rules of their kind. Both Ember and Dante are sent to learn how to live with humans during the summer which is something that leaves Ember excited since she’ll finally be able to experience fun and freedom.

Garret, a member of the Order of St. George, is sent to California to find the new hatchling that sources say has been infiltrating the town. At first, Garret isn’t sure if Ember is a dragon or not, the fact that she has a twin luckily throws him off since dragons don’t have siblings. In order to learn the truth he has to get closer to her but as we all know from other series that plan always leads to love. To top it all off there’s a love triangle but I’ll that character for you to read about.

Can’t wait for the next book especially after that cliffhanger.

I promised to post up the Blood Kiss cover once it was released and here it is!

The cover of the first Black Dagger Legacy books!

Don’t know what’s it about just go down of a couple of my posts and find out.

Attention to all Curse Keepers fans!

In a couple of days Denise Grover Swank’s The Curse Keepers Collection will be released! If you already have the first three books do not let that stop you into getting this collection. Not only are the novels in this collection but so are the three prequel novellas. So if you’re someone who likes to read everything in order then you should get The Curse Keepers Collection.

* I received The Curse Keepers Collection from NetGalley in return for an honest review.*

This is for all of you fans of the Guild Hunter series who already heard of Archangel’s Enigma, the next novel by Nalini Singh. This is a good series for anyone to read and I highly recommend it.

I bet you’ve haven’t seen the cover yet! It’s officially my favorite cover from all of the books. Gotta say Tony Mauro outdid himself with this cover…..Credits to you Tony for an amazing cover!

Now here it is: 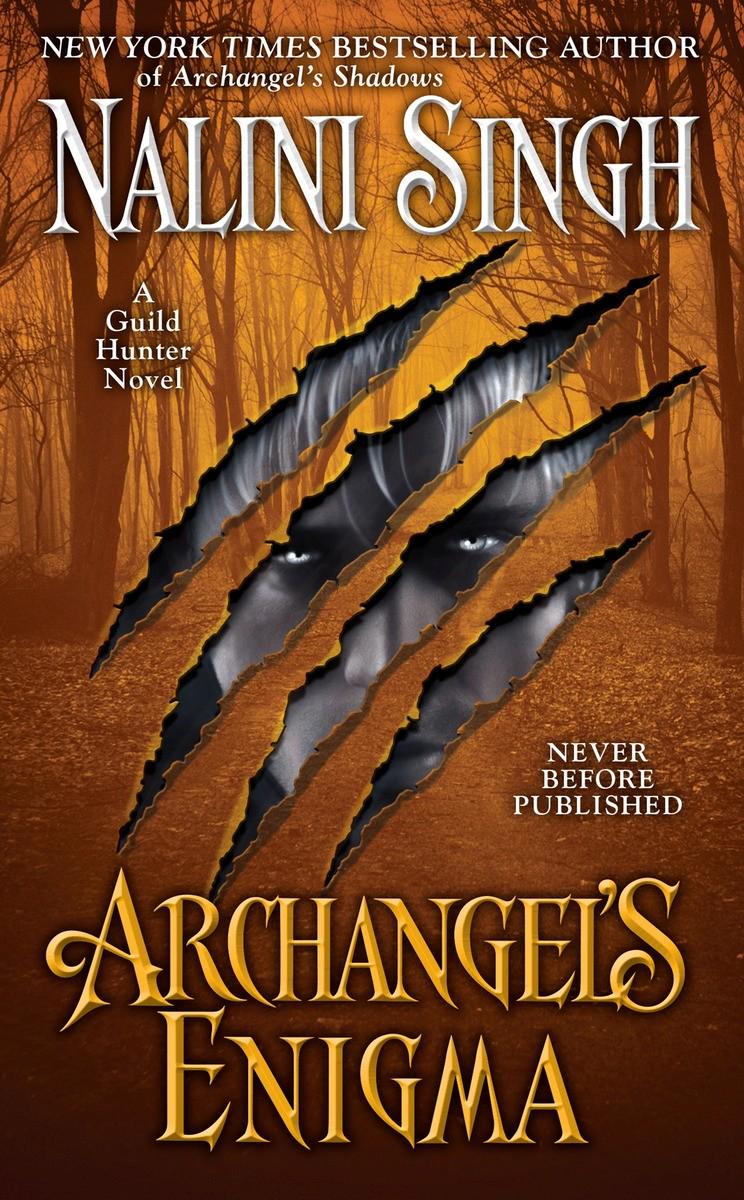 You can see Naasir a bit and it’s exactly like how I imagined him!

Now for the blurb:

Naasir is the most feral of the powerful group of vampires and angels known as the Seven, his loyalty pledged to the Archangel Raphael. When rumors surface of a plot to murder the former Archangel of Persia, now lost in the Sleep of the Ancients, Naasir is dispatched to find him. For only he possesses the tracking skills required—those more common to predatory animals than to man.

Enlisted to accompany Naasir, Andromeda, a young angelic scholar with dangerous secrets, is fascinated by his nature—at once playful and brilliant, sensual and brutal. As they race to find the Sleeping archangel before it’s too late, Naasir will force her to question all she knows…and tempt her to walk into the magnificent, feral darkness of his world. But first they must survive an enemy vicious enough to shatter the greatest taboo of the angelic race and plunge the world into a screaming nightmare…

I can’t wait for Archangel’s Enigma‘s release because ever since Archangel’s Shadows I been looking forward to Naasir’s story. He’s character is so different from the others…..it draws you. Also, I really want to know his background and origins.