It looks like we have a release date for Spartan Promise book 2 of the Mythos Academy: Colorado series by Jennifer Estep!

There’s still no blurb or cover but those should be out soon.

So keep an eye out for future news. 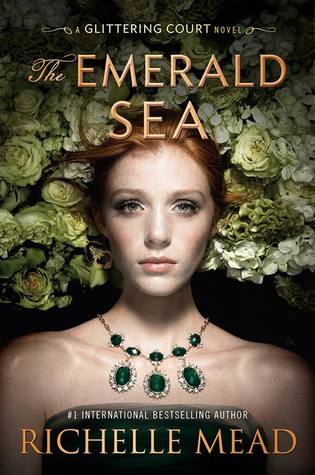 The final installment in Richelle Mead’s sweeping, enthralling Glittering Court series answers the trilogy’s biggest question: what is the secret that drives Tamsin to win at all costs?

Tamsin Wright is unstoppable. She must become the Glittering Court’s diamond: the girl with the highest test scores, the most glamorous wardrobe, and the greatest opportunities to match with an elite suitor in the New World. Training alongside other girls in the Glittering Court, Tamsin immerses herself completely in lessons about etiquette, history, and music–everything a high-society wife would need to know. Once she’s married, she’ll be able to afford a better life for her family, so the sacrifice is worth it if she can be the best.

When her friendship with Mira and Adelaide, her roommates at the Glittering Court, threatens her status as the top-ranked prospect, she does the only thing she knows will keep her on track: she cuts them out of her life. But when her voyage across the sea goes off course, Tamsin must use her unrelenting grit and determination to survive the harsh winter far north of her intended destination in hopes of making it back to the Glittering Court in time to secure a proposal–and a comfortable future for her family.

Experiencing new cultures and beliefs for the first time, Tamsin realizes that her careful studies haven’t prepared her for everything, and with new alliances formed with roguish tradesman Jago Robinson and good-natured minister Gideon Stewart, Tamsin’s heart begins to be pulled in different directions. But she can’t let her brewing attraction get in the way of her ultimate goal: protecting the secret she holds closest to her heart, the one that would unravel everything she’s worked for if it’s uncovered.

END_OF_DOCUMENT_TOKEN_TO_BE_REPLACED 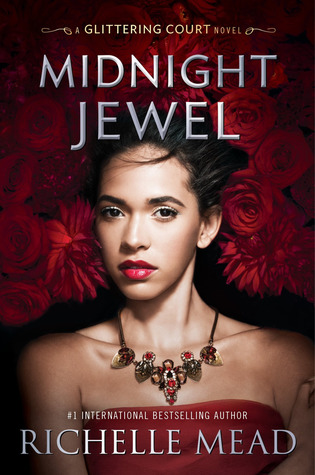 The Selection meets Reign in this dazzling trilogy of interwoven novels about three girls on a quest for freedom and true love from #1 internationally bestselling author Richelle Mead.

Mira is not like the other Glittering Court girls. She is a war refugee, cast out of her home country and thrust into another, where she has learned to fight against the many injustices around her. For some, the Glittering Court offers a chance at a life they’ve only ever dreamed of, one of luxury, glamour, and leisure. But for Mira, it’s simply a means to an end. In the new world, she plans to earn off her marriage contract price, and finally be free.

Mira pitches herself as an asset to one of the passengers on board the ship: the sardonic and aloof Grant Elliot, whom she’s discovered is a spy for the prestigious McGraw Agency—and her ticket to buying her freedom. His cover blown, Grant has little choice but to take her on. Mira applies herself by day, learning the etiquette and customs that will help to earn her anonymity. By night, she dons a mask and slips into the city, fighting injustice and corruption on her own terms—and impressing Grant with her extraordinary abilities and insights into a brewing rebellion. But the rebellion isn’t all they’re fighting…

Neither of them can ignore the attraction burning between them—an attraction so powerful, it threatens to unravel everything Mira’s worked so hard for. With freedom finally within her grasp, can Mira risk it all for love?

END_OF_DOCUMENT_TOKEN_TO_BE_REPLACED

Big and sweeping, spanning the refined palaces of Osfrid to the gold dust and untamed forests of Adoria, The Glittering Court tells the story of Adelaide, an Osfridian countess who poses as her servant to escape an arranged marriage and start a new life in Adoria, the New World. But to do that, she must join the Glittering Court.

Both a school and a business venture, the Glittering Court is designed to transform impoverished girls into upper-class ladies capable of arranging powerful and wealthy marriages in the New World. Adelaide naturally excels in her training and even makes a few friends: the fiery former laundress Tamsin and the beautiful Sirminican refugee Mira. She manages to keep her true identity hidden from all but one: the intriguing Cedric Thorn, son of the wealthy proprietor of the Glittering Court.

When Adelaide discovers that Cedric is hiding a dangerous secret of his own, together, they hatch a scheme to make the best of Adelaide’s deception. Complications soon arise—first, as they cross the treacherous seas from Osfrid to Adoria, and later, when Adelaide catches the attention of a powerful governor.

But no complication will prove quite as daunting as the potent attraction simmering between Adelaide and Cedric. An attraction that, if acted on, would scandalize the Glittering Court and make them both outcasts in wild, vastly uncharted lands. . . .

END_OF_DOCUMENT_TOKEN_TO_BE_REPLACED

We are just over a month away from the release of Night and Silence, book 12 of the October Daye series by the renowned and awesome author, Seanan McGuire.

After that installment, we will be waiting for book 13 to be released which will be in 2019.

Luckily, we already have a title for it which is When Sorrows Come.

Or at least that was the title until Seanan McGuire decided to change it.

Now book 13 will be called The Unkindest Tide!

So you better stop using When Sorrows Come when you’re searching for news about book 13 because you’re not going to find anything unless you’re researching Shakespeare’s play, Hamlet.

Just wanted to clear that up for confused fans.

I’ll be sure to update any more news about the October Date series! 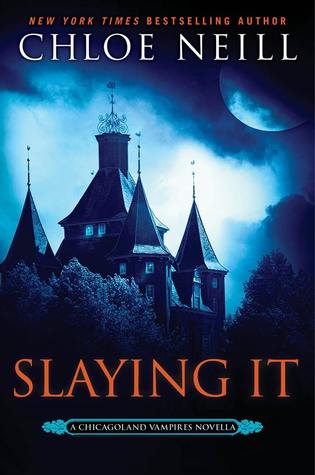 Merit, Sentinel of Chicago’s Cadogan House, is pregnant. She’s ready to meet her daughter, but also very excited about the possibility of seeing her feet again. But trouble always seems to find her…

Ethan and Merit have been married for eight months, and they’re preparing for life-with-baby. Ethan’s battling his overprotectiveness, while Merit’s hoping she can figure out how to be a loving parent given her family’s chilliness.

While out on an evening walk, Merit stops to help a human in need, only to find herself under attack. A sociopath with a debt figures pregnant Merit is an easy target–and Cadogan House would pay handsomely for her return…

END_OF_DOCUMENT_TOKEN_TO_BE_REPLACED

The audiobook of Iron and Magic is now live!

I just had to share this with fans who enjoy audiobooks.

Not sure if you should buy it?

Just click here to hear a sample of Hugh’s voice.

Boy, feels like yesterday that I gave fans news about the The Mortician’s Daughter series.

Oh, wait. It was yesterday.

However, this time I bring news about book 3 instead of book 2, Two Feet Under.

Book 3 of The Mortician’s Daughter series will be called Three Heartbeats Away.

Sadly, we have no release date or blurb.

Don’t worry, I’ll post them up once they are released.

Luckily, we do have a cover!

You can get a look at it by clicking below!

END_OF_DOCUMENT_TOKEN_TO_BE_REPLACED

Have some news for fans of C.C Hunter’s series.

Book 2 of The Mortician’s Daughter series has a cover, blurb, title, and release date set!

The second installment will be called Two Feet Under and will be out on October 1, 2018.

For the cover and blurb, all you have to do is click below to get a look!

END_OF_DOCUMENT_TOKEN_TO_BE_REPLACED

A couple days ago, a friend and I started talking about series that Nalini Singh has released. I mentioned a short story that I thought was hilarious but my friend had no idea what I was talking about and the reason was she never heard of the short story.

So this post is for Nalini Singh fans who have missed the chance and not read the short stories and deleted scenes that Nalini Singh has released over the years.

Just click here and you’ll be taken to Nalini Singh’s website where you will have to click the Extras tab and you will find the short stories and deleted scenes of the Guild Hunter series, Psy/Changeling series, and Rock Kiss series!