I know its been awhile fans of the Fever series.

However, I’m pleased to say that the waiting has paid off because Karen Marie Moning has released the first teaser of High Voltage!

Now I know High Voltage won’t be out until  March 6, 2018 but at least we have teasers to get us by!

So click here for the first look of High Voltage and keep an eye out for future teasers!

There is no action without consequence…

Dani O’Malley was nine years old when the delusional, sadistic Rowena transformed her into a ruthless killer. Years later, she’s tough, hardened, yet achingly vulnerable and fiercely compassionate, living alone by her own exacting code. Despite the scars on her body, driven by deeper ones carved into her soul, no one is more committed to protecting Dublin. By day, she ensures the safety of those she rescues, by night she hunts evil, dispensing justice swiftly and without mercy, determined to give those she cares for the peace she has never known.

There is no power without price…

When the Faerie Queen used the dangerously powerful Song of Making to heal the world from the damage done by the Hoar Frost King, catastrophic magic seeped deep into the earth, giving rise to horrifying, unforeseen consequences–and now deadly enemies plot in the darkness, preparing to enslave the human race and unleash an ancient reign of hell on Earth.

There is no future without sacrifice…

With the lethal, immortal Ryodan at her side, armed with the epic Sword of Light, Dani once again battles to save the world but her past comes back to haunt her with a vengeance, demanding an unspeakable price for the power she needs to save the human race and no one—not even Ryodan who’d move the very stars for her—can save her this time…

That means we’ve only got a couple of teasers left.

So let’s enjoy these last couple of teasers.

The latest teaser can be found at J. R. Ward’s Twitter by clicking here.

Dark In Death will be out by the end of next month.

Which means its time for us to get a quick look at the next installment of the In Death series!

So are you ready?

J.D. Robb’s book 47 of the In Death series will be called Leverage In Death.

Now the release date will be September 6, 2018 but which shouldn’t be surprising.

Also, there’s still no cover so we’ll have to wait for that.

However, we did get the Leverage In Death blurb!

So click below to get a look at what J.D. Robb has in store for us in the 47th installment!

END_OF_DOCUMENT_TOKEN_TO_BE_REPLACED

Unlike the teasers, the chapter can be found at J. R. Ward’s website.

However, to make it easier for fans to read the chapter, you just have to click here for the chapter.

Its time for the weekly Blood Fury teaser!

The last couple of teasers were about Peyton and Novo, now its time for Saxton and Ruhn!

So just click here and you’ll be taken to the new teaser!

If you missed the last four teasers, click here, here, here and here to read them.

Alright fans of the Ordinary Magic series, have some news for you if you missed it.

Devon Monk has released another novella of the Ordinary Magic series!

The novella is called Paper Stars and this time it features Delaney Reed.

So if you’ve been following the series, click here to head over to Amazon and get your hands on the novella of the Ordinary Magic series as seen below. 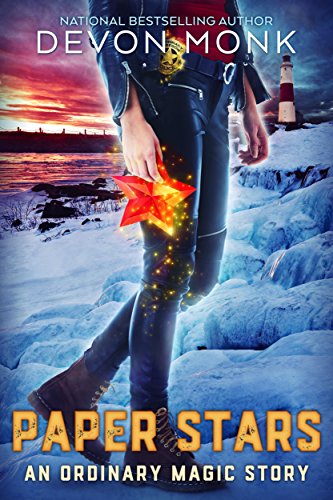 One magical holiday. Some assembly required…

Police Chief Delaney Reed loves the holidays in Ordinary, Oregon, the beach town where gods vacation and monsters reside. But this year, she has a lot on her plate. It isn’t just the creature who follows her home, or the terrible storm barreling toward town. It isn’t that Mrs. Yates’s penguin has been stolen. Again.

It’s that her boyfriend, Ryder Bailey, has been gone for two months and is growing more distant. She’s beginning to think she knows why.

But when a demon, a dragon, and a god bearing unusual gifts get thrown on top of her to-do list, Delaney decides to roll up her sleeves and make this holiday unforgettable. One disaster at a time.

Sylvain Reynard’s next project, The Man in the Black Suit, will be out tomorrow.

To celebrate the release day, HEA has released an exclusive excerpt!

Brazilian Acacia Santos excels at her job as concierge at the prestigious Hotel Victoire in Paris. When her senior colleague is attacked and sent to the hospital, she is tasked with serving one of the hotel’s most mysterious and attractive guests.

Nicholas Cassirer checks into the hotel under an assumed name every three months. Usually, he stays in the penthouse suite with a beautiful female companion but on this occasion, he arrives alone and is displeased in having to deal with someone new. A match of wits ensues as he tests Acacia’s expertise with a series of almost impossible demands. Her intelligence and creativity rise to the challenge, earning his respect.

They strike a tenuous accord until Acacia discovers a famous stolen painting in his suite. Compelled to report her discovery, she contacts a former boyfriend who works for the elite BRB, a unit of French law enforcement that deals with stolen art.

Nicholas is questioned by police and released when it is revealed the painting is a reproduction. Irked with her behavior, Acacia’s supervisor demotes her, threatening dismissal and the cancellation of her work permit.

But Acacia has already attracted Nicholas’s attention. Remorseful that she may lose her job on his account, he offers her a choice – she can wait until her supervisor dismisses her, or she can leave the city of lights behind and become his personal assistant.

Acacia initially refuses his offer, but Nicholas is persistent. He reveals himself as a man who quietly acquires stolen art in order to restore it to its rightful owners. Faced with mounting familial debts and the possibility of dismissal and deportation, she agrees to work for him.

Nicholas opens up a whole new world of beauty and intrigue to Acacia as they travel the globe. Soon the line between employer and assistant is blurred, and the two lonely people embark on a passionate relationship.

Secrets and danger abound as Nicholas and Acacia try to solve the mystery of a piece of stolen art. But Acacia may prove to be the most dangerous mystery of all.