Alright, I have something for fans of the Psy-Changeling Trinity series!

Another small teaser of Ocean Light was released!

Jennifer Estep has unveiled the cover of  Venom In The Veins, the next installment and book 17 of the Elemental Assassin series.

Not to mention we finally have a release date for this installment.

So that’s not that far away from now.

As for the cover, well that can be found below along with the blurb.

Have to say, the cover’s colorings are a sight to see.

Hope you enjoy it as I did!

END_OF_DOCUMENT_TOKEN_TO_BE_REPLACED

Want to get a sneak peek of Kill the Queen?

That’s good because HEA USA Today has released an excerpt of the first chapter!

Click here to get your first look at the first installment of the Crown of Shards series.

I know you’ve ben waiting for news about on the Crown of Shards series.

Well, I’m here to tell you that we know have the cover of book 1, Kill the Queen!

Hey, at least its just an extra week.

Now click below to get a look at the cover and blurb if you have not read it yet.

END_OF_DOCUMENT_TOKEN_TO_BE_REPLACED 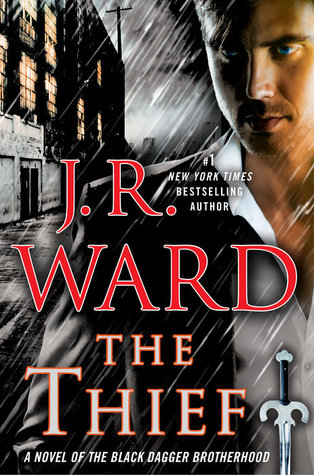 Sola Morte, former cat burglar and safecracker, has given up her old life on the wrong side of the law. On the run from a drug lord’s family, she is lying low far from Caldwell, keeping her nose clean and her beloved grandmother safe. Her heart, though, is back up north, with the only man who has ever gotten through her defenses: Assail, son of Assail, who never meant to fall in love—and certainly not with a human woman. But they have no future, and not just because she doesn’t know he is a vampire, but because he is not about to stop dealing arms to the Black Dagger Brotherhood. Fate, however, has other plans for them. When Assail falls into a coma and lingers on the verge of death, his cousins seek out Sola and beg her to give him a reason to live. The last thing she wants is a return to her past, but how can she leave him to die?

As a lethal new enemy of the vampires shows its face, and the Brotherhood needs Assail back on his feet, Sola finds herself not only a target, but a mission-critical force in a war she doesn’t understand. And when Assail’s truth comes out, will she run from the horror . . . or follow her heart into the arms of the male who loves her more than life itself?

END_OF_DOCUMENT_TOKEN_TO_BE_REPLACED

I’m sure everybody knows the news from Ilona Andrews that we’re getting another trilogy from the Hidden Legacy series.

Like who the main character will be in the next trilogy.

We all knew its going to be someone from the Baylor family but now we have confirmation from Ilona Andrews that the main heroine will be Catalina.

In case you’ve forgotten, Catalina is the second oldest of the three Baylor sisters.

Now if you want to know more about Catalina’s new role in the Hidden Legacy series, click here to read an interview that Ilona Andrews where they give us plenty of teases and ideas of the upcoming trilogy of the series including a couple loose ends.

Got a treat for fans of the Psy-Changeling Trinity series.

A small teaser of Ocean Light was released!