Alright fans if the In Death series.

We have the first chapter of Faithless In Death, book 52 of the In Death series!

Remember, this installment will be out February 9, 2021. 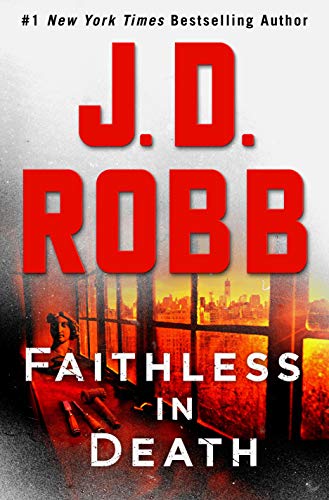 In the new Eve Dallas police thriller from #1 New York Times-bestselling author J. D. Robb, what looked like a lover’s quarrel turned fatal has larger—and more terrifying—motives behind it…

The scene in the West Village studio appears to be classic crime-of-passion: two wineglasses by the bed, music playing, and a young sculptor named Ariel Byrd with the back of her head bashed in. But when Dallas tracks down the wealthy Upper East Side woman who called 911, the details don’t add up. Gwen Huffman is wealthy, elegant, comforted by her handsome fiancé as she sheds tears over the trauma of finding the body—but why did it take an hour to report it? And why is she lying about little things?

As Eve and her team look into Gwen, her past, and the people around her, they find that the lies are about more than murder. As with sculpture, they need to chip away at the layers of deception to find the shape within—and soon they’re getting the FBI involved in a case that involves a sinister, fanatical group and a stunning criminal conspiracy.