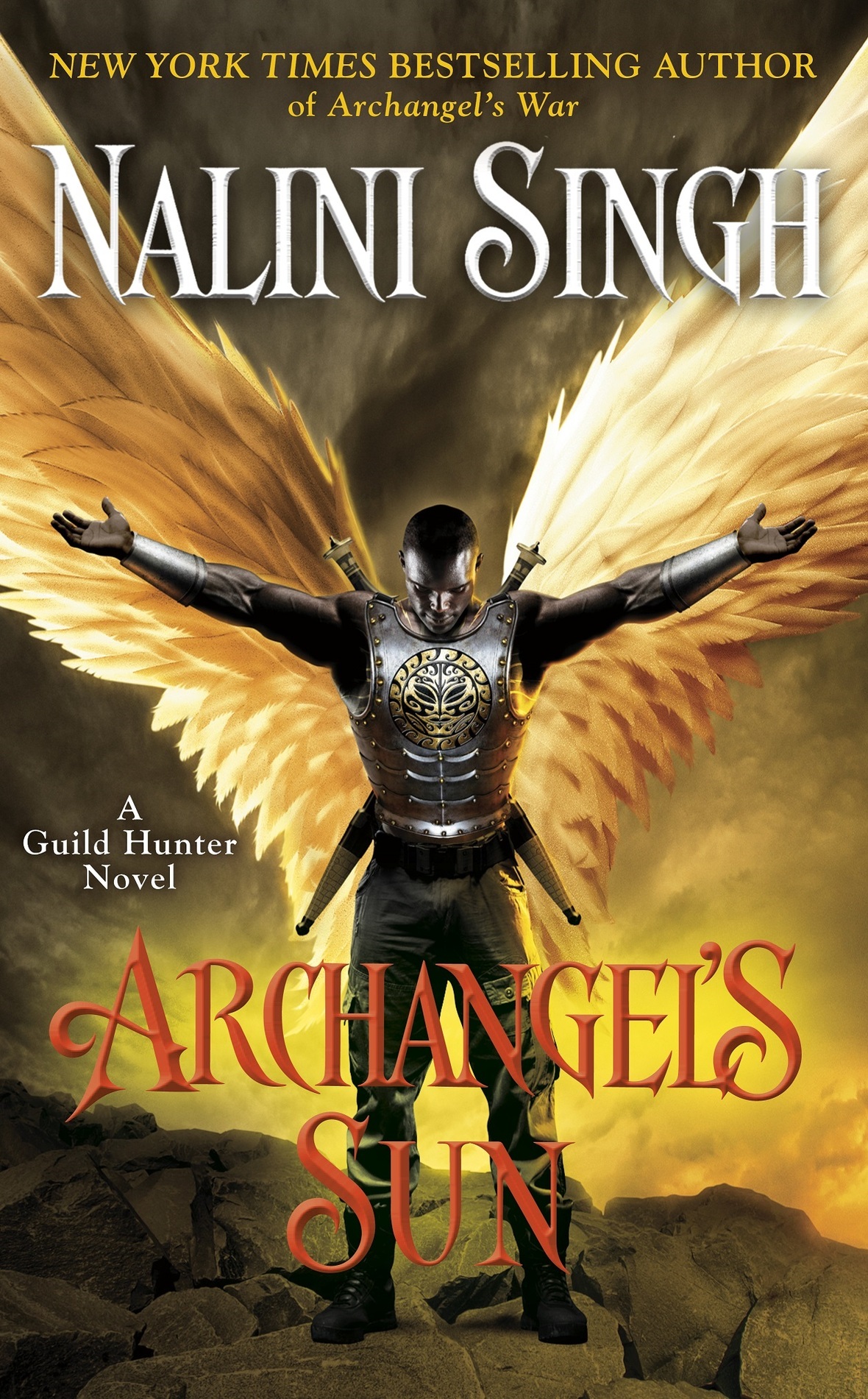 Archangel’s Sun takes one month after Archangel’s War and it focuses on the aftermath of the archangelic war against Lijuan and Charisemnon. Instead of New York, this novel takes place in Africa that is complete territory of Archangel Titus now that Charisemnon is dead. Not only that but Charisemnon left armies of reborn behind when he was defeated. As a result, Titus and his people are the ones hunting down the nests of reborn before they can infect others. However, many angels and archangels were gravely injured in the war or forced into sleep to heal. The ones left are too busy rebuilding their territories and are unable to help Titus hunt down the reborn so the Cadre decide to send Lady Sharine, the Hummingbird, to Africa to help him. Titus is not happy about it especially because the Hummingbird is known as a great artist but a broken angel so he sees her as a burden. However, the fog that has clouded Sharine’s mind has gone away. When Raphael asks her to go help Archangel Titus, she accepts so she can finally push herself out of the isolated world she spent centuries in and regain her confidence that she lost. Boy, Titus is in for a surprise, Sharine isn’t that broken angel anymore.

Overall, Archangel’s Sun was a great hit! I’ll admit I did not expect the Archangel Titus and Sharine pairing. It never crossed my mind and I still didn’t believe it when the Archangel’s Sun blurb was released. However, while reading and getting to know their personalities and watch their banter, I thought they were perfect for each other! Now its time to wait for the next installment but I’m looking forward to what Nalini Singh has in store for next!

*I received Archangel’s Sun from Berkley Publishing Group via NetGalley in return for an honest review.*