Fantastic news for fans of the Psy-Changeling Trinity series!

We finally have a cover for Alpha Night!

Now remember this installment will be our June 9, 2020. 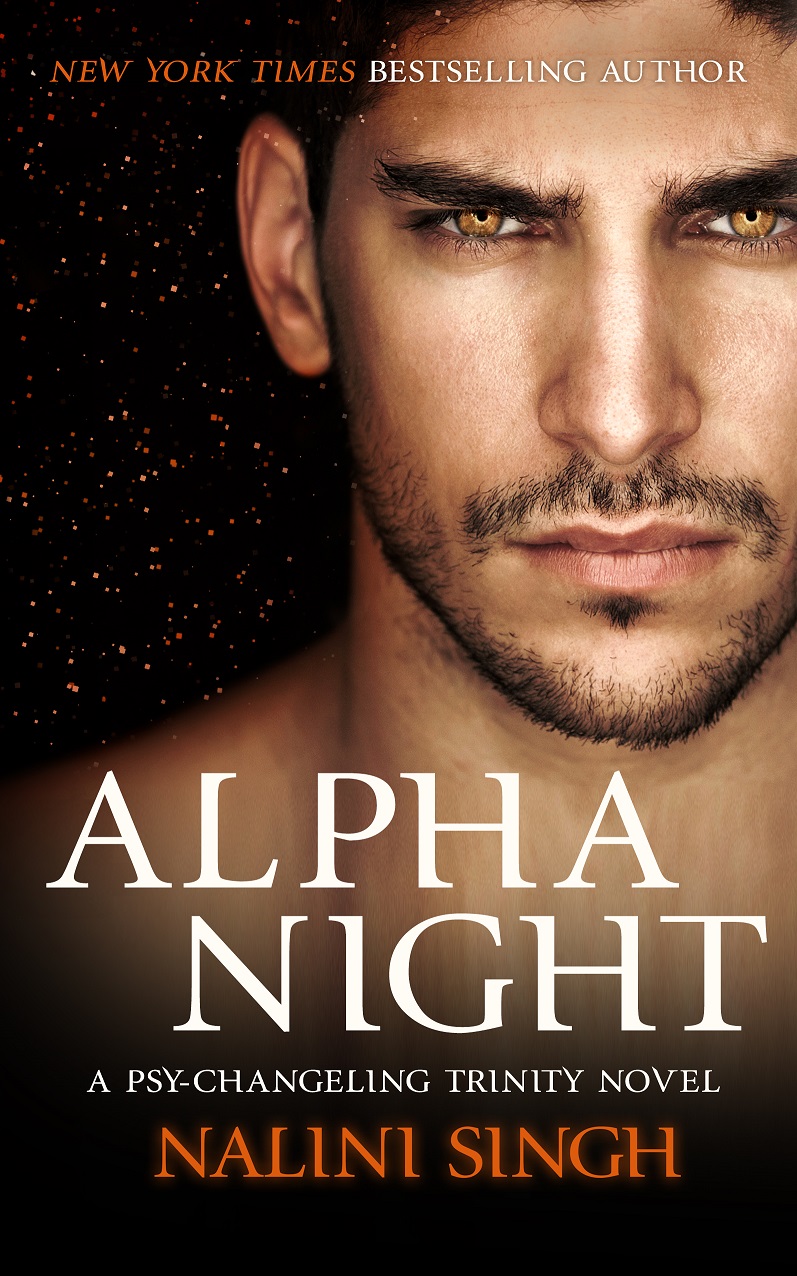 Alpha wolf Selenka Durev’s devotion to her pack is equaled only by her anger at anyone who would harm those under her care. That currently includes the empaths who’ve flowed into her city for a symposium that is a security nightmare, a powder keg just waiting for a match.

Ethan Night is an Arrow who isn’t an Arrow. Numb and disengaged from the world, he’s loyal only to himself. Assigned as part of the security force at a world-first symposium, he carries a dark agenda tied to the power-hungry and murderous Consortium. Then violence erupts and Ethan finds himself crashing into the heart and soul of an alpha wolf.

Mating at first sight is a myth, a fairytale. Yet Selenka’s wolf is resolute: Ethan Night, broken Arrow and a man capable of obsessive devotion, is the mate it has chosen. Even if the mating bond is full of static and not quite as it should be. Because Selenka’s new mate has a terrible secret, his mind surging with a power that is a creature of madness and death…