Its been awhile but at least there’s good news!

Cast In Deception, the 13th installment of the Chronicles of Elantra series has a blurb!

So as promised, the blurb can be located just below.

If you have not seen the cover then don’t worry because its there with the blurb.

Read the blurb to see what Michelle Sagara has in store for us in Cast In Deception. 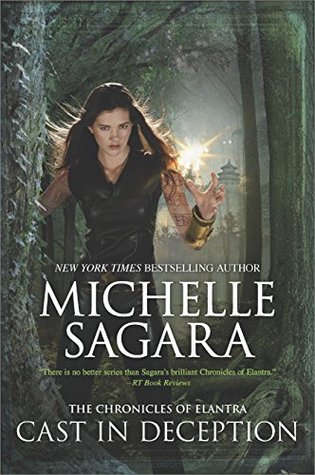 Private Kaylin Neya thought her home couldn’t possibly get more crowded. But when one of her housemates, Annarion, decides to undertake the Barrani Test of Name, his friends refuse to let him face his task alone—and Kaylin’s sentient home, Helen, is the only structure capable of shielding the rest of Elantra from the magnitude of their power.

Annarion and Mandoran almost caused the destruction of the High Halls once already. Add nine of their closest friends, and the danger is astronomically higher—especially since these guests are at the heart of a political firestorm. Imprisoned almost a millennium ago, their recent freedom threatens the rulership of several prominent Barrani families, and the machinations of those Lords make it almost impossible to tell friend from foe.

As political tensions ramp up, the shadows beneath the High Halls are seeking a freedom that has never been possible before. Kaylin must find a way to keep those shadows from escaping, or that freedom will destroy her city, the empire and everything she holds dear.