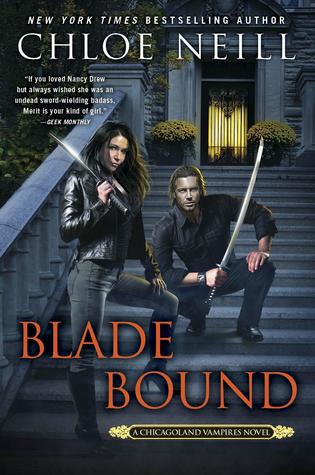 The thrilling final installment of Chloe Neill’s New York Times bestselling urban fantasy series sees a sinister sorcery advancing across Chicago, and it may usher in the fall of Cadogan House…

Since the night of her brutal attack and unwilling transformation to vampire, Merit’s stood as Sentinel and protector of Chicago’s Cadogan House. She’s saved the Windy City from the forces of darkness time and again with her liege and lover, Ethan Sullivan, by her side.

When the House is infiltrated and Merit is attacked by a vampire seemingly under the sway of dark magic, Merit and Ethan realize the danger is closer than they could have ever imagined. As a malign sorcery spreads throughout the city, Merit must go to war against supernatural powers beyond her comprehension. It’s her last chance to save everything—and everyone—she loves.

All series eventually must come to an end and that includes the Chicagoland Vampires series even though fans do not want to see it go. After all, who wants to say goodbye to the characters we have grown to love and have seen them grow from the beginning to the end in every possible way? Yet, at the same time, fans know that its time to end Merit and Ethan’s story and long journey because let’s face it, they have gone through a lot and deserve their HEA.

Blade Bound starts off with everybody getting ready for the up coming wedding of Merit and Ethan. Although, it includes security all over the place since there’s a high chance that Sorcha, the evil sorceress from Midnight Marked, will finally show up and cause some trouble. Of course it doesn’t take long for the first sign of trouble show up, a vampire sneaks into Cadogan House and is plagued with something that is making him go crazy. It’s also causing him to hear voices and he nearly attacks the first person who bumped into which is Merit. It’s not just him, others begin to act strange due to unknown power that’s causing a mental attack causing the violent behavior. It doesn’t take a genius to figure out that Sorcha has returned and is bent on causing chaos in Chicago. Now Merit, Ethan, and company must hurry and stop Sorcha before she causes another disaster that may destroy the peace between supernaturals and humans in Chicago.

Overall, Blade Bound was a fitting end to the Chicagoland Vampires series. I have to admit, I did not expect the wedding to be so soon in this novel but it was and boy was it the wedding of the year. Also, it was good to see Chloe Neill wrap up many things in this final installment. Although, Chloe Neill has promised to revisit this world with the up coming spin off series so we might see our favorite characters again. Personally, I do not know who will be in this spin off series but the epilogue does show us two likely candidates or possibly the next pairing of the spin off series! Now we just have to wait and see if its them.

*I received Blade Bound from Berkley Publishing Group via Netgalley in return for an honest review.*