After much anticipation, the cover of the next installment of the Guild Hunter series has been released!

Archangel’s Heart now has a cover to go along with the blurb!

This installment will be released November 1, 2016 so its going to be another painful wait to get our hands on it.

Well, what can we do?

At least we have the cover and blurb to keep us satisfied so be sure to click below to get peek at what Nalini Singh has in store for Elena and Raphael.

Enjoy it because its a beautiful cover. 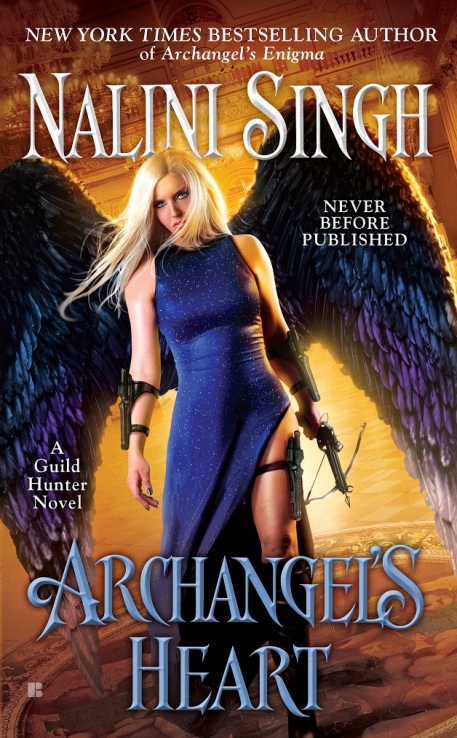 New York Times bestselling author Nalini Singh takes us into a dangerous and exhilarating world where a deadly, beautiful archangel and his once-mortal consort are caught in a fury of twisted darkness…

One of the most vicious archangels in the world has disappeared. No one knows if Lijuan is dead or has chosen to Sleep the long sleep of an immortal. But with her lands falling into chaos under a rising tide of vampiric bloodlust, a mysterious and ancient order of angels known as the Luminata calls the entire Cadre together to discuss the fate of her territory.

Accompanying her archangelic lover Raphael to the Luminata compound, guild hunter-turned-angel Elena senses that all is not as it seems. Secrets echo from within the stone walls of the compound, and the deeper Elena goes, the uglier the darkness. But neither Raphael nor Elena is ready for the brutal truths hidden within—truths that will change everything Elena thinks she knows about who she is…

Nothing will ever be the same again.